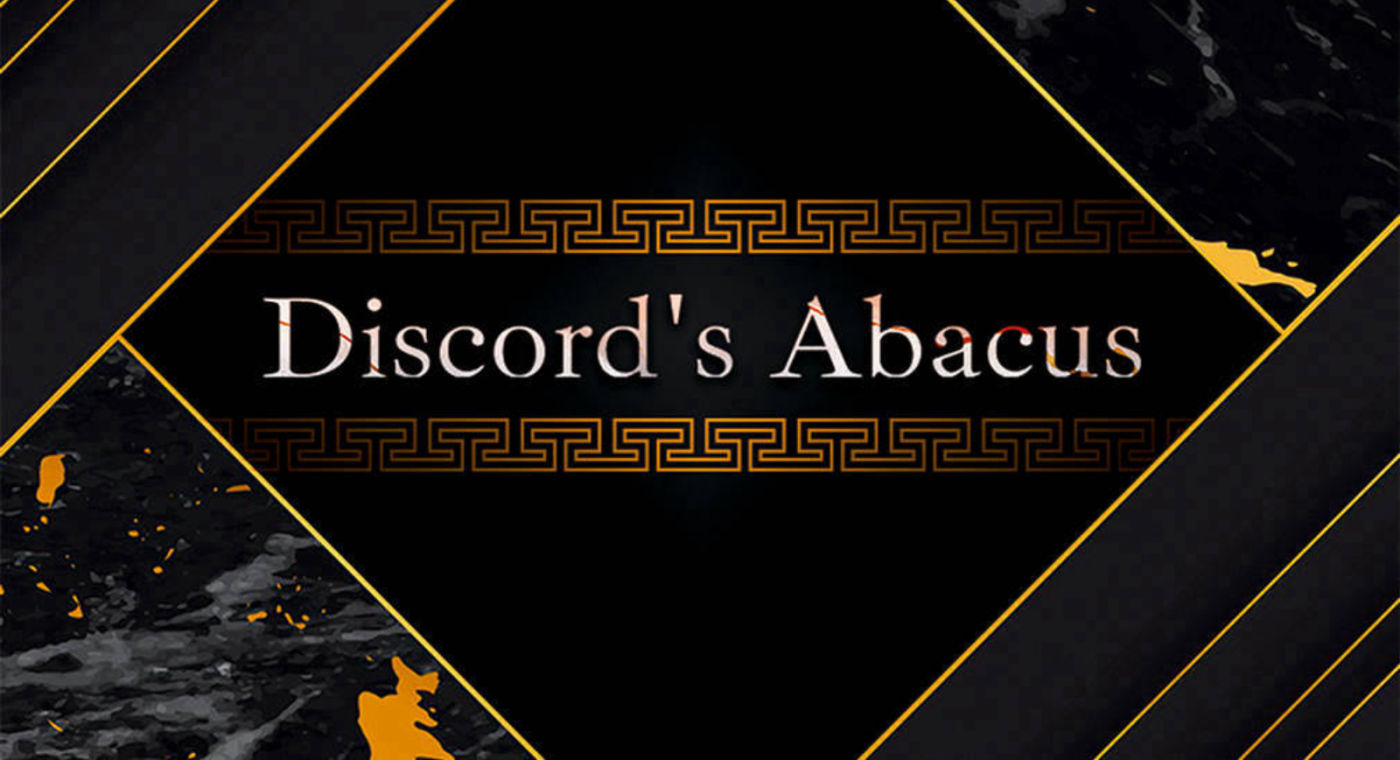 Gift of the Gods - In an addictive package!

Why not a card game? Even the Gods needed Entertainment!

From Blackjack to Sudoku and lots more, number-counting games are insanely popular. There’s just something about them that thrills both hemispheres of our very mortal brains.

But in how many counting games does a player have to worry about the @#*!$! Greek and Roman Gods sticking their noses into the mix?

Just this one. Discord's Abacus.

There you are, mind on overdrive, juggling numbers in your head against the ones in your hand as you try and get the game stack to the winning value ahead of anyone else...and boom, down comes the Hermes card (Theft of Potential). Instantly the last three number cards vanish from the stack. Or maybe its Plutus (Bountiful Harvests) that messes with your plans by making the next three cards count double. And there are still Demeter, Dike, Lethe, Palioxis, Penia, and Thanatos (Cataclysm) to be on the watch for, each God ready to throw Discordia’s number-counting abacus into chaos that only one hero at the table will finally overcome and win.

Tricky strategies, brain-bending numerical calculations, and The Gods Themselves, come all the way from Olympus to your living room. Play on!